How To Learn a New Language: 7 Easy Tactics To Achieve Fast Results 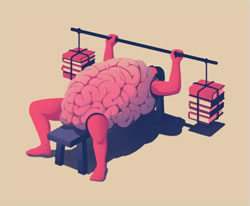 Quite often the best place to learn a new language isn't in a classroom. We have all faced this dilemma at times having attended 5 or more years of German or Spanish in school and still not being able to hold a fluent conversation. Sounds familiar right? One can compare the art of learning a new language to that of writing a stunning academic piece. Both activities require the student to conduct research and learn how to synthesize information in a manner that suits them best. Nonetheless, there are also many ways to master a new language on your own. In the sections below we will cover tricks that you can use to boost your language skills:

These seven tactics can be used by anyone who is looking to expand their lexicon and knowledge of the world's languages at any time in their life. Even if the perfect opportunity might never come along to do so that is no indication that becoming fluent in French or Italian is just a pipe dream. On the contrary with enough motivation and dedication to the cause, any language can be learned and put into practice.

Michelle Brooks works as an editor for EssayPro.com. In her free time, she loves to read and explore new things. Due to the nature of her job for an international company knowing a few extra languages never hurts.