How Learning a New Language Changes Your Brain

Acquiring the knowledge of a foreign language is a great tool for expanding your intellectual depth as well as broadening your perception of the world. Learning a foreign language doesn't only make you smarter and more knowledgeable, but also alters your brain in many ways, benefiting its functionality.

From academic writers with a flair for languages who work for a cheap writing service to entrepreneurs who want to promote their businesses abroad – exploring a new language provides people with an outlet for fulfilling their objectives, while giving their brains the fuel for growing and developing. Yes, it's not only students who need to get the hang of a foreign language! 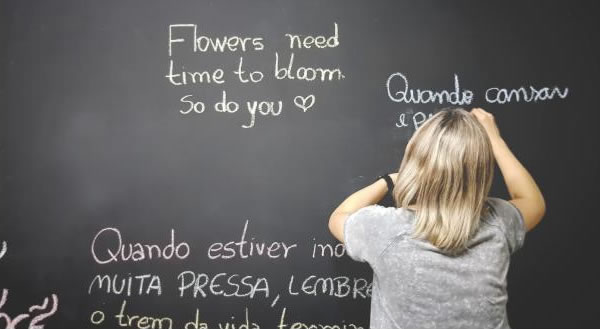 What Happens to the Brain When It "Welcomes" a New Language, Then?

Based on the colossal scientific evidence, learning a language impacts the human brain the way working out does with their muscles. By training our brain with learning a new language, we strengthen it and improve its functions. According to numerous studies conducted in the past 10 years, learning new languages modifies the brain's structure and puts it through a number of substantial changes that enhance its productivity and mental capacity.

When people learn a foreign language, their brains develop new neural pathways, which causes largely beneficial changes in the way it works. Straining your brain to grasp a new language increases its gray matter, which contains the largest quantity of neurons and synapses.

In 2012, a study was carried out at Swedish Armed Forces Interpreter Academy, which substantially corroborated the theory that learning a new language largely influences the brain. The Swedish MRI study enrolled two categories of people: young adult military recruits who learned several languages and a group of students who didn't study languages. The MRI scans of philology students indicated that their brains were larger than that of non-language students.

It's also important to emphasize that the brain areas that grew in language learners varied depending on each particular learner. Philologists experienced the growth of their hippocampus and cerebral cortex areas and turned out to have higher language skills than the other category of students who were instead observed with the growth of the motor region of the cerebral cortex. In this regard, the areas that grew in the brains of the philology students can be considered the brain centers that are linked to language proficiency. In addition, the Swedish MRI study helped to find that learning a language increases cortical thickness – a mass of neurons responsible for thinking, memory, consciousness, and language.

Johan Mårtensson, one of the researchers conducting the study, shared the following: "We were surprised that different parts of the brain developed to different degrees depending on how well the students performed and how much effort they had had to put in to keep up with the course."

Multiple researchers have demonstrated over the years that the human brain has a unique ability to adjust its physical structure to outside triggers. This fact exists within the concept of neuroplasticity, which explains and describes the function of our brain. As a highly impactful and long-lasting process, language acquisition is one of those triggers that makes the brain mold itself. Indeed, as was stressed earlier, when you learn a language, your brain's abilities grow and evolve, much as the physical structure of the organ "in charge" itself.

"A very interesting finding is that, contrary to previous studies, the brain is much more plastic than we thought," Ping Li, a professor of psychology and linguistics of the Hong Kong Polytechnic University, stated, expressing his astonishment at the phenomenal functionality and beneficial modification of the brain under the influence of language acquisition.

The tremendous effect that new languages have points to the revolutionary importance of learning a foreign language, which acts as a “personal sort of heroin” for the vulnerable but powerful human brain.

And it's not only the human brain that can't go without a language – the cyber-brain is fueled by other, special types of programming languages, too.