Do you remember the feeling of being completely lost when you took your 101 Spanish class? Or, when you took a course in a language school and it all made sense until you sat down with your homework? Have you ever come across the problem of not finding anything in your mixed up notes, mainly because you had different notebooks for different types of activities, along with the textbook and hundreds of unorganised printed handouts?

If your answer is yes, what you need is the language map.

The language map is a table where words of a certain language are placed in ordered columns according to what function they have in a sentence. In most languages, the components of a sentence - subject, object, predicate, etc. - are placed in a certain order, according to their so-called lingual pattern. Using this pattern, the language map shows you how to build grammatically correct sentences by stringing words together. 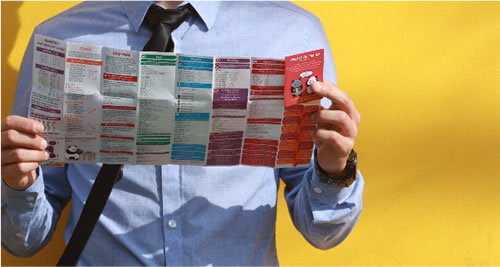 Let's take the Chinese, Spanish, Hebrew and Russian languages as examples. You were perhaps aware, that in Spanish, the adjectives always follow the nouns they describe.Well, in Chinese, it's the other way around. For example, to say Big dog in spanish, you would say perro grande - or "dog big" and then in chinese it would be 大狗 (dà gǒu) or "big dog”. The same goes for Russian. The difference is that in Chinese, you would often need to add particles, while in Russian much like in Hebrew, the end of an adjective changes according to the gender of the noun.

Sounds difficult, right? Trust me, with the language map, it isn't.

The language map implements the lingual pattern of each language, reinforced with the basic grammar rules needed for making a correct sentence.

You might wonder what words are there on the map, since each language has thousands of them.

The language map contains the most used words, arranged according to the place they would take in a sentence. All you need to do is choose the words you want to use and read them out loud in the very same order they appear on the map. Then you simply relish over the glory of making a sentence in a foreign tongue you barely know.

Since you are exposed to the general structure of the language as presented on the map, you feel encouraged to try more and more sentences, because native speakers will actually get what you're trying to say. And with that positive feedback, you'll never have to struggle with wanting to ask for directions on your next visit to China for example.

Forget the concept of ‘my brain is not wired for language learning'.

Most languages are not hard at all. Even if some parts of them are complicated, others are relatively simple. Ask anyone who speaks more than two. The hardest part of learning a language is always the beginning, but once you get the overall structure, language learning becomes fairly easy.

That's what the language map does. It helps you to overcome the hardest part of language learning: the beginning. Forget the times when you had to keep checking your vocabulary notebook. Forget jumping from your homework to an online dictionary to figure out how to write something. With the language map, you'll reach B1 level in no time.

Words are not enough, it's good to know how to pronounce them, not mentioning the grammar. Don't worry, we've got you covered.

Here is a little video of how English-Hebrew map works

The following versions of the language map are available now for English speakers: English-Russian, English -Chinese, English-Hebrew. Soon there will be new editions available for those who study English: Russian - English, Chinese - English and Spanish - English.

Using the language map is as simple as using a city map: you won't get lost in a new place if you've got one. 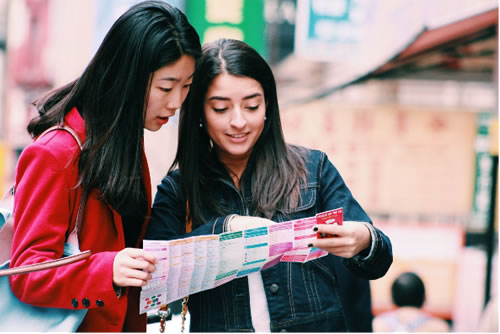 Daria is language enthusiast from Russia who speaks Russian, English, Chinese, Hebrew and Hungarian. She makes language maps that help you speak foreign tongue without knowing it by "stringing" words together on a universal lingual pattern. Check www.languageasamap.com for more details or to order one.