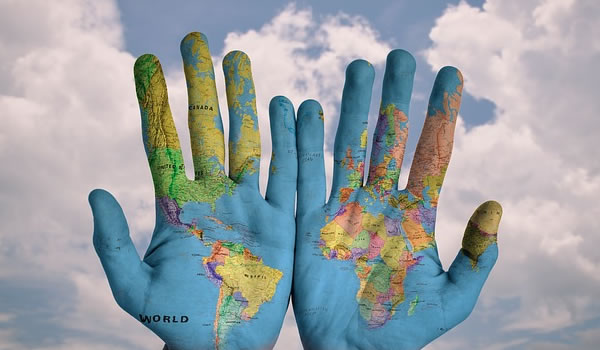 The alveolar trill (aka the "rolled R") is a paradox.

On the one hand, among world languages, it's a very common sound - far more common than, say, the post-alveolar approximant of the American English R.

On the other hand, it's hard to learn. Even native speakers often need special instruction to get it right and it is typically one of the last sounds they acquire.

In this article, I'm going to summarize our unique system for mastering the alveolar trill. But my main purpose is to teach an underused learning technique that I call "range mapping".

Range mapping is the systematic exploration of the full range of a motor skill. For example, for a basketball free throw, I might spend time aiming at the four corners of the backboard, not trying to make a free throw but developing shot accuracy that is closely related to making it.

This technique is based on a robust finding in cognitive psychology that variability during training enhances long-term performance1.

When learning, we have a tendency to focus exclusively on the goal - trying, trying, trying to achieve it. This can lead to perseveration, where bad habits get fixed; even if we achieve the goal, the learned skill may be brittle and suboptimal.

In range mapping, we explore the whole territory around the goal, developing an internal map of the whole space.

Range mapping is especially helpful for learning difficult motor skills. Thus, it's an essential tool for mastering any foreign phonology.

We teach the rolled R in three stages:

In each of these stages, range mapping is very helpful.

In my experience teaching speech sounds (I run a meetup for Spanish learners with over 400 members), the biggest hurdle learners face is lack of awareness. Speech is something we do unconsciously, and most of us have no idea what our tongue and mouth are doing.

Then, the alphabet challenge asks you to recite the alphabet and track where your tongue is at all times. This demands a more precise awareness. In particular, by identifying which sounds approach or touch the alveolar ridge, we prepare the ground for the trill.

But notice that, in both of these cases, we're not goal-oriented towards the trill, we're mapping the range of possibilities. That's because even if you can find the alveolar ridge initially, without awareness and a map, you're likely to drift away from it without even knowing it.

Undoubtedly, the difficulty of the trill is that it is produced by side effect. One doesn't tap the tongue in rapid fire; rather, one induces a vibration by directing the air stream. This indirect action is not particularly difficult, but it is also not especially intuitive.

Start with the lip trill, a much easier vibration to create than the alveolar trill. (This, in itself, is an application of range mapping!) The lip trill is that "motor sound" that kids make when they're driving a truck or flying a plane. It's ideal because the vibration is on the outside where we can observe it.

Using the lip trill, now systematically vary each of the three variables. You'll find that increased air flow, narrowed gap, and increased relaxation are all facilitators of vibration. By range mapping these variables, you're becoming a vibration expert. That's going to serve you well when you tackle the alveolar trill.

Once again, develop your vibration expertise and awareness by range mapping the three variables for the closed tongue trill.

At this point, you are ready to tackle the alveolar trill. It is reached quite easily by starting a closed tongue trill, opening the mouth, and then slightly repositioning the tongue so that the tip (not the blade) is at the alveolar ridge.

Visit the SuperCoco web site for details and videos of these three trills.

3. Integrate the trill into words

Once you have succeeded in producing a vibration of the tongue tip at the alveolar ridge, the challenge remains of integrating this (at first) awkward movement into normal, rapid speech.

To do so, one needs more than just being able to create the vibration - one needs to have mastery of it. Again, the key is range mapping.

The first range we map is the length of the trill. Developing the ability to trill as long as possible and as short as possible develops awareness about the trill length. It also will help to get rid of the excess muscle tension that often accompanies unfamiliar movements. In Spanish, an overly long trill is one of the hallmarks of a non-native speaker.

There was a thread recently on Reddit asking whether native speakers can trill when they whisper? The learner who posted was wondering because he's only able to roll his R's with great force. (The answer is: of course, they can!)

This is a common situation for someone who has not yet mapped the range. But if you have become a vibration expert, you'll already know that you don't need a large air flow (large effort) in order to induce a vibration. With even a very slight air flow, trilling is possible as long as you manage the other two key variables.

One of the biggest challenges in mastering the alveolar trill is handling the varied contexts created by neighboring sounds. Some neighbors (for example, a preceding open vowel), really invite the trill; other neighbors (eg., a preceding close vowel), seem downright hostile to it.

Again, the solution is to map the range by systematically exploring the possiblities. Of course, it's a good idea to start with easier contexts and work your way towards the most challenging ones. One exercise that we give uses these five words:

Applying range mapping to other sounds

Hopefully, by now I've convinced you that range mapping is a powerful and very general learning technique. The beauty of this technique is that, even though you're using it towards a specific goal, you're developing mastery that will serve other goals as well. Here, we learned the alveolar trill, but along the way developed awareness and skills that will make it much easier to pick up other foreign sounds, too.

The next time that you need to learn a new sound, start by identifying the key challenges and variables. This may require some research into phonology. Once you've identified those key factors, map their ranges! You will be amazed at how rapidly you make progress towards the native pronunciation that you're trying to learn.

You can find a more detailed guide to r rolling, including recordings and videos, on Supercoco.

Bjork, R. A. (1999). Assessing our own competence: Heuristics and illusions. In D. Gopher and A. Koriat (Eds.), Attention and peformance XVII. Cognitive regulation of performance: Interaction of theory and application (pp. 435-459). Cambridge, MA: MIT Press.

Phil Mitchell is cognitive psychologist and creator of the SuperCoco app, which teaches Spanish through conversations