Language Learning Is A Numbers Game 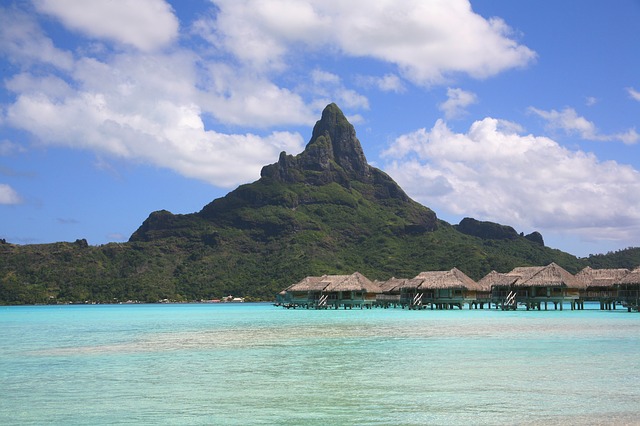 I'm guessing that's what most people think of when they hear "Tahiti". It turns out that I was born and raised on this island, in the heart of the South Pacific.

Oceania is a unique place where inhabitants of different islands have their own language.

People from Tahiti speak Tahitian, and people from other parts of French Polynesia have their own dialects. For instance, people from the Tuamotu archipelago speak "Pa'umotu" (spoken by 4000 people according to Wikipedia).

However, you may be surprised to hear that the Tahitian language is dying day by day. Most middle-aged Tahitians speak the local language, but younger people often have limited knowledge of their language.

Like many of my peers, I was brought up speaking only one language: French. This was the only language that I could understand for many years. All throughout school, the idea of speaking another language was remote to me. I came to the conclusion that I would struggle with foreign languages my whole life.

But after graduating from high school, something changed...

Like many native French speakers, I graduated high school with a less-than-impressive ability for foreign languages. At this point, I had been through 7 years of English classes, and 5 years of Spanish classes.

I was barely able to hold a conversation in English, and I had nothing to show for the hundreds of hours I spent learning Spanish.

Fortunately for me, something was about to change.

After graduating from high school, I decided to go to Switzerland for college. A lot of Tahitians like me go to Europe to study, mostly because we have limited options in French Polynesia.

I attended EPFL (École Polytechnique Fédérale de Lausanne), which is one of the most international universities in the world. There are around 59% of international students in this university.

I was living in a dorm with other international students, and most of them didn't speak French and didn't need to (all of their classes were in English). As a result, I was speaking English with them every day.

But that's not it! As I was getting deeper and deeper into the computer science program, more and more classes were held in English. During my sophomore year, 50% of my classes were in English. I also decided to start writing to get some practice. I started a little golf blog, where I use my passion for golf as an excuse to practice writing in English.

My speaking, writing and listening dramatically improved as a result. I was deliberately avoiding French speakers and hanging out with the other international students.

Overall, I was satisfied with my English. But I needed a challenge. During my last year in Switzerland, I decided to start learning Japanese.

But there was a problem. I didn't know how to teach myself a language! It took 7 years of English classes to be able to participate in very basic conversations!

I didn't know where to start. Should I attend classes, or should I use textbooks?

The first year, I used a method named Assimil. I'm sure that most of you language enthusiasts out there have heard of this method. In parallel, I started conversing with Japanese people on Skype (I was teaching them English and French).

I started seeing some results, but I wanted to go faster. This is when my quest for the most time-efficient language learning method began.

Language learning in a numbers game

What language did you study in school?

If you are from the United States, you most likely attended Spanish classes.

But how many people do you know who have become fluent just by attending these classes? Not a lot of them... So, what's missing? What is the best method for acquiring a foreign language?

After about a year of learning Japanese and making slow progress, that's exactly what I wanted to know.

During my research, I stumbled upon a surprising statistic:

The 2000 most common words in the English language make up about 90% of average conversations.

This number may be slightly different for other languages, but it is probably a good estimate in general.

This was really good news for me. If 2000 words was all it took to understand 90% of any language, then all I had to do was to learn 20 words a day, and I would be quasi-fluent in no time.

Right after making this discovery, I started using a spaced repetition system called Anki. This is essentially a flashcard management software that I used every day to learn new words. Each flashcard had 1 new word inserted in a natural sentence.

I have been learning Japanese for a little more than 3 years at the time of writing. Most of my time was spent studying new words with Anki and talking with Japanese speakers on Skype.

I now realize that 2000 words is not enough. However, I was right in one aspect: the number of words that you know largely determines your ability in a language.

I never focused on grammar, textbooks or any kind of formal learning. All I did was exposing myself to new words on a daily basis!

I effectively managed to reach conversational fluency in Japanese in half the time it took me to be able to have conversations in English! This is surprising because Japanese is much harder than English for a French speaker.

So what's the takeaway?

Well, it turns out that most language learners are largely limited by the size of their vocabulary. Yes, you can spend hours learning complicated grammar rules and whatnot. But in my experience, your time is better invested trying to learn new vocabulary. The rest will follow.

While 2000 words is far from sufficient, I noticed that I could converse comfortably with Japanese people after having studied around 10,000 flashcards with Anki. Since each flashcard had 1 new word, the size of my vocabulary in that language is approximately 10,000 words.

How long does it take to get fluent in a foreign language?

I have since started learning new languages, like Italian and Korean. I am still a beginner in Korean, but I was able to hold everyday conversations in Italian after about 10 months.

So, how long does it really take to learn a new language?

The most common answer given by polyglots is: it depends. This is an unsatisfying answer, but it is true. It depends on what your native language is, what your target language is, your motivations for learning this language, and what methods you are studying with.

I think a better question to ask yourself is: how many hours does it take to become fluent?

Why use hours? Because someone investing 2 hours daily will progress roughly twice as fast as someone studying only 1 hour a day.

I spent about 45 minutes a day for 2 years acquiring new vocabulary using Anki. I also spent an average of 2 hours weekly speaking with Japanese speakers.

Keep in mind that this is for Japanese. If you are learning another language, it may be much faster. European languages are typically much easier than Asian languages for us.

I should also add a caveat: 481.75 hours is not sufficient to become native-like in Japanese (or in any other Asian language for that matter). But it will get you to a comfortable level, where you will be able to make friends and be functional.

Language learning is a numbers game.

Learn 10,000 words and put in the hours, and you'll be guaranteed to see progress. After many years of learning different languages, I found that having a precise timeline in mind is very motivating.

You may not be able to invest 45 minutes daily on your target language. But keep in mind that the objective is to learn about 10,000 words.