Tracing the origins of Indo-European languages 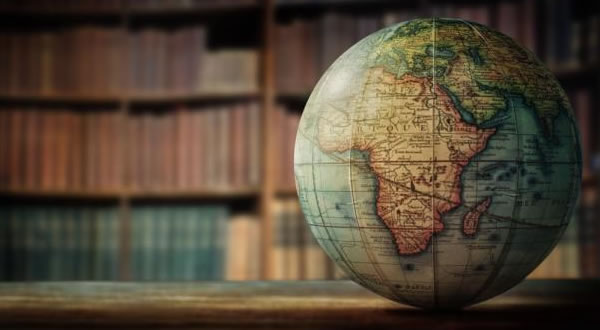 A great mystery of prehistory is the origin of the Indo-European languages. Linguists have long been perplexed by the similarities of the spoken tongues encompassing almost all of Europe, Iran, Armenia and northern India.

One of the first people to notice these similarities was William Jones, at the time serving as a judge in Kolkata, British India. Jones was a linguist at heart, and was familiar with Greek, Latin and Sanskrit – the language of the ancient Indian religious texts. In 1786 he wrote the following:

"The Sanskrit language, whatever may be its antiquity, is of a wonderful structure; more perfect than the Greek, more copious than the Latin, and more exquisitely refined than either, yet bearing to both of them a stronger affinity, both in the roots of verbs and in the forms of grammar, than could possibly have been produced by accident; so strong indeed that no philologer could examine them all three, without believing them to have sprung from some common source" (source).

It would take another 199 years for another scholar to put together a compelling argument for how so many similar languages developed over such a vast region.

The road from Anatolia

That argument came from Colin Renfrew in his 1987 book 'Archaeology and Language: The Puzzle of Indo-European Languages'. There he suggested that the homogeneity of the Indo-European languages came from one single event: the spread of farming from modern-day Turkey (Anatolia) approximately 8,000 years ago.

Renfrew's argument was that agriculture would have provided the Anatolians with an economic advantage that would have enabled them to migrate far and wide, spreading what would be the foundation for all of the diverse languages we know on the Eurasian continent today. Studies in anthropology seem to confirm that, in order to establish a language in one area, large amounts settler-immigration needs to happen beforehand.

At the time, Renfrew's work was compelling and generally agreed upon by scholars. But recent work, both in linguistic studies but especially in ancient DNA analysis, have slowly eroded at Renfrew's hypothesis.

The study of ancient DNA is a relatively new field that is developing extraordinarily quickly. Yet DNA samplings from bodily remains all over Europe already point to a new conclusion – that there was an even bigger and more recent wave of expansionism from the steppe north of the Caspian and Black seas. Given that language shift requires huge amounts of settler-immigration, it seems likely that the origin of the Indo-European languages stems from this wave of migrations, not from Turkey.

Steppe landscape in Kazakhstan and the home of all Indo-European languages. The Caspian sea is in the background.

A vocabulary for wagons

Even before the ancient DNA revolution, linguists were beginning to close in on an alternative to Renfrew's Anatolian theory.

Perhaps the best known argument was that constructed by David Anthony. His key observations were that most of the Indo-European languages have a shared vocabulary for wagons, including words for harness, axle, pole and wheels. Anthony interpreted this as evidence of a single origin – from an ancient civilisation that built and used wagons.

Since the earliest archaeological evidence for the development of wagons was fewer than six thousand years ago, Anthony concluded that the spread of the Indo-European languages must have been about 2,000 years more recently than previously thought.

Based on this new evidence, the most obvious candidates are the Yamnaya people, of which the DNA evidence is compelling, and who spread from the Caspian-Black sea steppes as mentioned above. The data of their spread is consistent with the technological development of wagons. Additionally, ancient tablets recovered from cultures based in modern-day Anatolia show none of the full wagon and wheel vocabulary found in the Indo-European languages.

Further archaeological evidence points to the apparent ubiquity of the so-called 'Corded Ware' culture that spread across Europe during a similar timeframe. The Corded Ware get their name from their pottery, which according to the German archaeologist Fredrich Klopfleisch, was "cord like" in its ornamentation.

Evidence of this pottery, and of the later 'Beaker culture' (again, a term derived from pottery styles) indicate that significant migrations from the steppes introduced monocultural foundations to much of Europe and Asia Minor. Both the Corded Ware and the Beakers are thought to be descendants of the Yamnaya people.

The Corded Ware also introduced monocultures such as the use of single graves, and even Battle Axe culture, as they expanded.

The ancient DNA of languages

To the outsider, it might seem counterintuitive that DNA can have a definitive impact on the debates around languages. After all, DNA cannot reveal what languages people spoke. But DNA analyses are important in establishing when and where ancient migrations of humans occurred.

David Reich, writing in his 2018 book 'Who We Are And How We Got Here', believes that the most likely location of the population that spoke the progenitor Indo-European language was somewhere south of the Caucasus mountains, possibly Iran or Armenia, because the ancient DNA evidence is what we would expect for the Yamnaya. Actually, he believes the evidence points to the Yamnaya being a splinter grouping from the Anatolians, who would have spoken an even more ancient tongue.

So to sum up what we think we know so far: the Yamnaya followed their own path, away from ancient settlements in Anatolia to the steppes of the Black and Caspian seas. They developed a splinter language from the dialects spoken in Turkey, which would then become the foundation for all Indo-European languages. The Yamnaya would then spread splinter into different cultures with their own distinctive pottery that we can trace and date, bringing with them in their migrations some of the earliest divergent languages of Indo-European origin.

Ancient DNA, by allowing researchers to trace ancient migratory paths, and to rule out others, has helped to break a statement surrounding the origins of the Indo-European languages that has persisted since the late 1980s. It is a mystery that has still not entirely been resolved, but with a combination of genetics, archaeology, and linguistics, we are closer to the truth than ever before.

Neil Wright, a senior transcriber at McGowan Transcriptions. Even in his spare time, Neil enjoys writing and reading. He has written two novels, though so far neither of them have left the drawer