Ciijan alphabet was invented by Christian 'Chrißo' Meredith as an alternative alphabet for English. It was inspired by the Latin, Greek, Armenian, Cyrillic, Katakana, Hiragana and Cherokee scripts, and Christian invented it while studying Armenian. 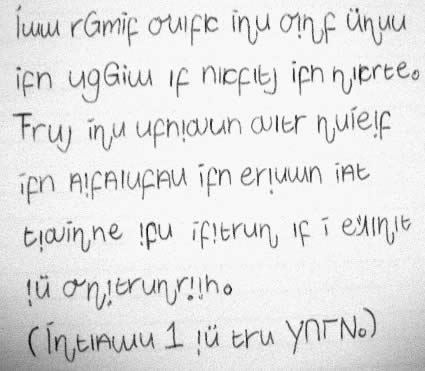 If you have any questions about the Ciijan alphabet, you can contact Christian at: ceigered@hotmail.com