Color Script is a way of writing Portuguese based on colours and shapes devised by Carlos Carrion. It is also known as Portucolor. It is based on a simplified version of the Munsell color system. There are 10 basic colors (like the Munsell chroma + hue concept) for 19 IPA consonants which have their "values" (shades of gray) or "bright" in CV syllables marked in 6 steps for 9 IPA vowel sounds. There are also symbols for "isolated" consonants and "isolated vowels beyond the basic CV forms. 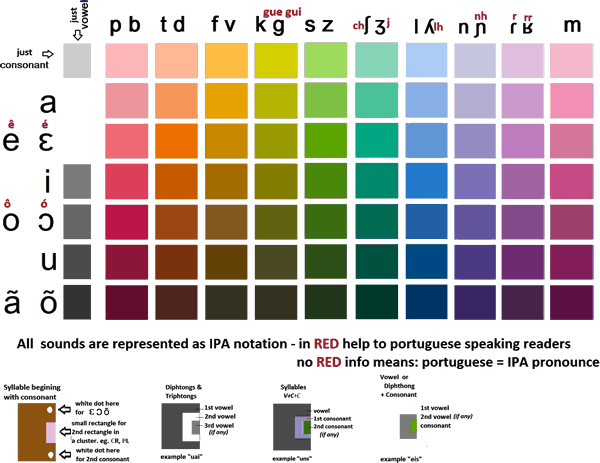 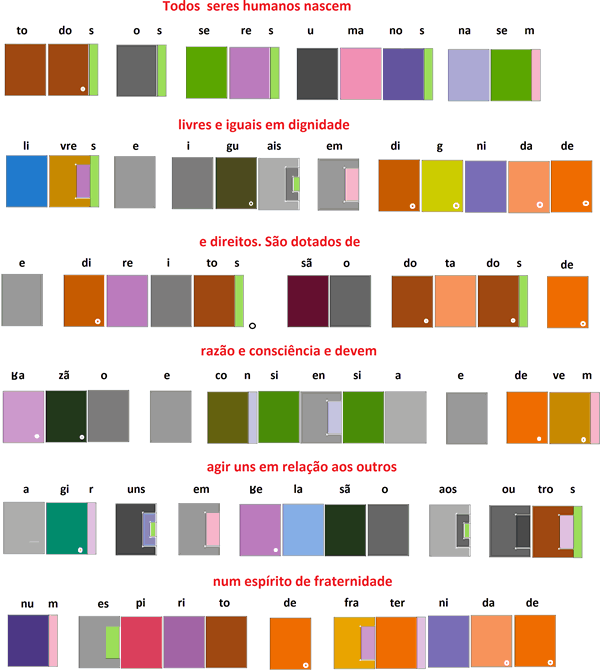