CPG was created by Richard Brodie, a retired computer programmer now involved in translating Middle English poetry. His goal has been to create a writing system that combines the strong points of both Eastern logographic and Western phonetic language representation paradigms.

CPG is currently intended only for American English and any other language whose vowels, consonants, and consonant blends are a subset of those used in the United States. there is no provision to represent the many sounds used in other languages. For example the alien leading consonant blend Sr is not accommodated, and therefore a geographical name such as Sri Lanka, would have to be spelled according to the sound of "Ceylon", the English name for that country (just as the Germans would not try to accommodate the sound of "The United States", but instead say "Die Vereinigten Staten"). 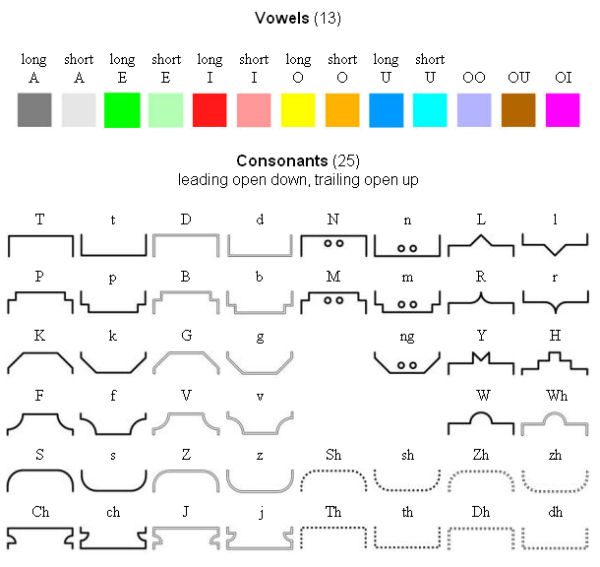 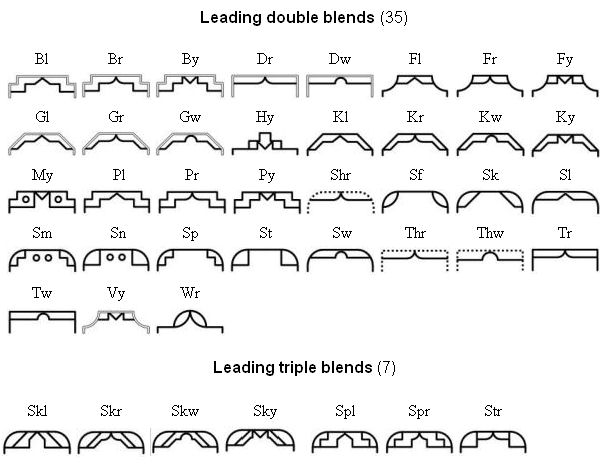 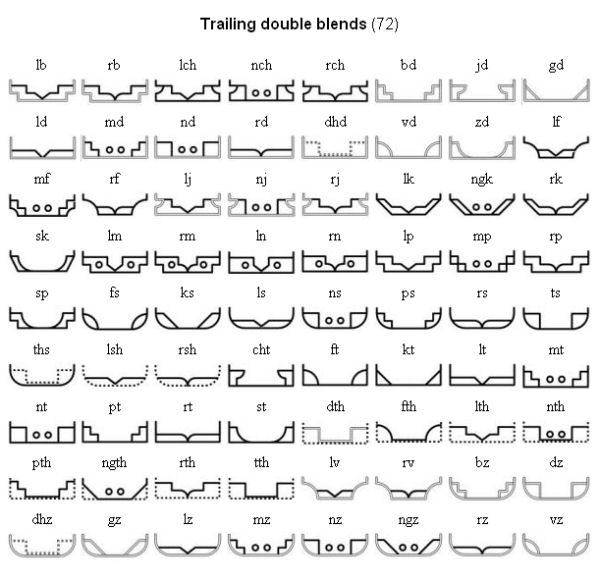 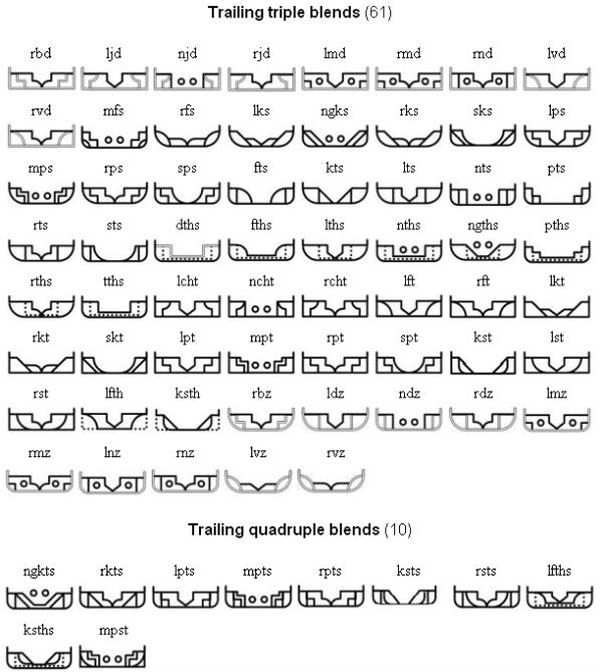 Consonant blends are a subset of consonant clusters. In the word "central" "ntr" is a cluster (no intervening vowels). It consists of the pure consonant "n" which ends the first syllable, and the blend "tr" which starts the second one. In CPG blends are regarded as single letters, much as diphthongs such as long I (short O plus long E) are considered single vowels. Blends are constructed by a process of nesting as follows:

Consider the word "spring". It has the following three parts:

In CPG there are no arbitary choices. Every detail, from vowel colors to consonant shapes, is dictated by mnemonic and/or functional necessity. There is a limitation of eight non-vowel elements per square. With this restriction, at a word cell size of 50 pixels, CPG occupies no more area than 18 point type. At this cell size, more than 8 elements would result in a degree of compression that would render detail difficult to make out without a high definition monitor. Nearly all English words in non-technical vocabulary can be represented in a single cell of eight elements or less. Note also that compression is not done by a simple vertical scaling operation, for otherwise the horizontal lines would become thinner. The CPG software engine, written in Adobe's Postscript Level 2, involves extremely complex resizing and pattern filling algorithms.