The Cronam alphabet was invented by Nathanael Hodge to write Lantyrian, a language used in a story he started but never completed. He has since gone on to develop it and the language for its own sake.

This script derives ultimately from an earlier logographic script, symbols from which were borrowed to make an alphabet in a manner resembling the origin of our own alphabet. These symbols developed over time, eventually resulting in the script used by the Cronam empire. In around 250, this was borrowed by the inhabitants of the Island of Lantyr, who adapted it to write Lantyrian. They developed a pen written form, which over the years grew more and more ornate until by the Middle Ages it had taken the form shown here.

This manuscript is the first page of the 'true and established history of Lantyr' or the 'new history' (to distinguish it from the 'old history, which was written earlier) It is written in the early Lantyrian style. 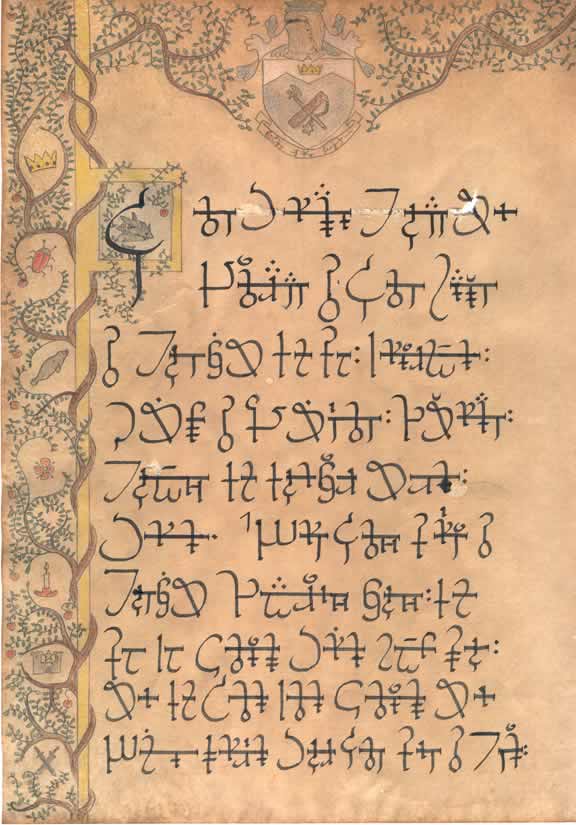 If you have any questions about Cronam, you can contact Nathanael Hodge at khalakh_the_3rd@yahoo.co.uk