The Ineon alphabet was devised in May and June 2012 by Martin Harvey. The original idea was for a writing system that would look imposing inscribed on a monument and could also be used to insert cryptic messages/in-jokes into his artwork. However, while playing around with Adobe Illustrator he realised that for other purposes, a more decorative, rounded script would look better. The former became Ineon Monumental, the latter Ineon Rounded.

As mentioned above, the script is phonetic, but only up to a point - otherwise it would be useless for writing any other accent of English than that of its inventor. It is not intended to make writing faster, and can therefore be thought of as something of an artistic endeavour.

The name Ineon is derived from a more phonetic respelling of inneon, the word for "nine" in the English Romani language. Each character can be thought of as being divided up into a grid of nine smaller squares, with consonant lines drawn along the grid lines and vowel/number dots occupying one or more squares. This is particularly evident in the case of Ineon Monumental.

Positions of lines as related to consonantal qualities

*lateral and palatal share a position as the inventor was running out of places to put lines.

*the phoneme /x/ does not, of course, belong to Received Pronunciation, but, as the inventor is something of a scotophile, he cannot abide to hear the word “loch” being pronounced as “lock”

As mentioned above, the design of the numerals is based on the positions of the 1s and 0s in binary, although the counting system is base 10. 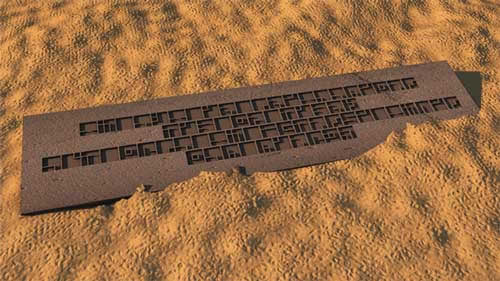