The Khahabran alphabet was created by David Hunt (kennymimi@bellsouth.net) in order to write Makharian, a constructed language inspired by Latin and Turkish. The Eastern feel of the alphabet is meant to be reminiscent of the Byzantine Empire where David's own Makhar Empire is based.

The language is a branch of the Makharian limb of the Sethrë language group, the most common of the Anyarë tongues. Khahabran is the informal tongue of the Makhar Empire, a lingua franca of sorts, Makharian being the formal speech, the lingua nobis. Created by the scholar Arhamidel al-Vyryk, Emperor Geminnius XVIII declared it the official alphabet in the year 1523 of the Second Dynasty. The New Khahabran Alphabet replaced the old ideograms of the Auric languages, which was difficult to master and cumbersome to write. The alphabet was, surprisingly, built around the old ideograms, which had also had a phonetic alphabet in order to easily translate other languages. 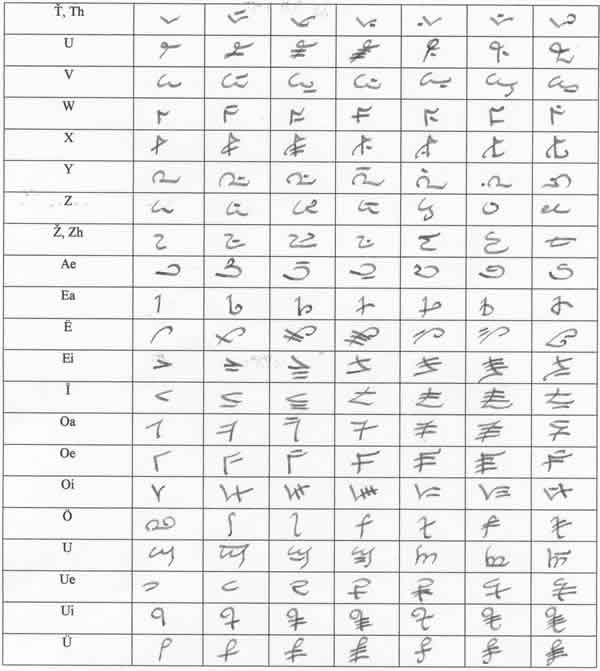