Living Script is an alternative way of writing English created by Roger Long, an artist and calligrapher in Oregon in the USA. He uses it to create art works. The letters are mainly Latin capital letters joined together. 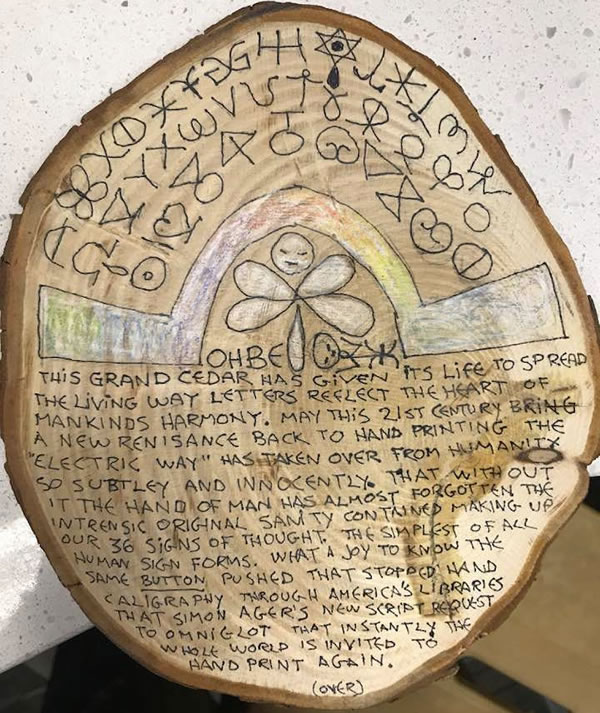 Videos about the Living Script