Mike Lensman (epagan1781 at gmail dot com) created the Oxidilogi alphabet to write a conlang he's currently working on. The shapes of the letters are based on the 'Phags-pa script. The name of the alphabet is a working title based on the Greek for acid and script. It's called this because the people in the fictional world, which will be built along side the conlang, etched all of their writing into brass or stone using acid. 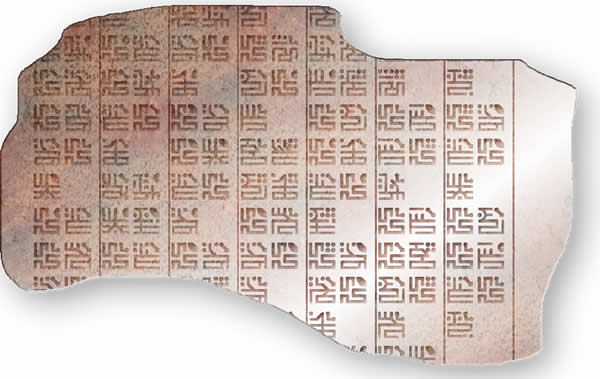