The Phineon alphabet was invented by Sabian Finogwar in November 2013, and was revised in December 2015. Phineon can be used to write any language which uses only pulmonic consonants, such as English, Japanese, and Chinese; but has no characters for certain Middle Eastern character sounds. 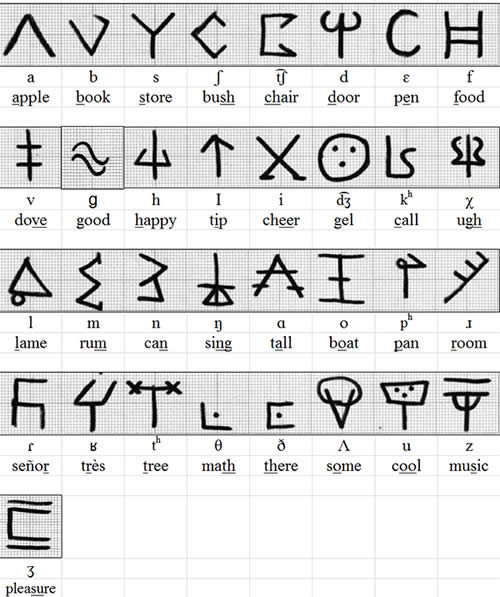 Over time Sabian made alterations to the characters to simulate a natural progression of writing, and to evolve the script into something more modern. He took into consideration the efficiency of the writing, and the ease of flowing from one character, to the next, in a more modern world, to accommodate the writing styles beyond the times of chiselling into stone. While there are two to three different ways of writing the characters, all forms are accepted, and like English fonts, are based on preference, so choose one style of each character, and stick to it, for it will become yours. 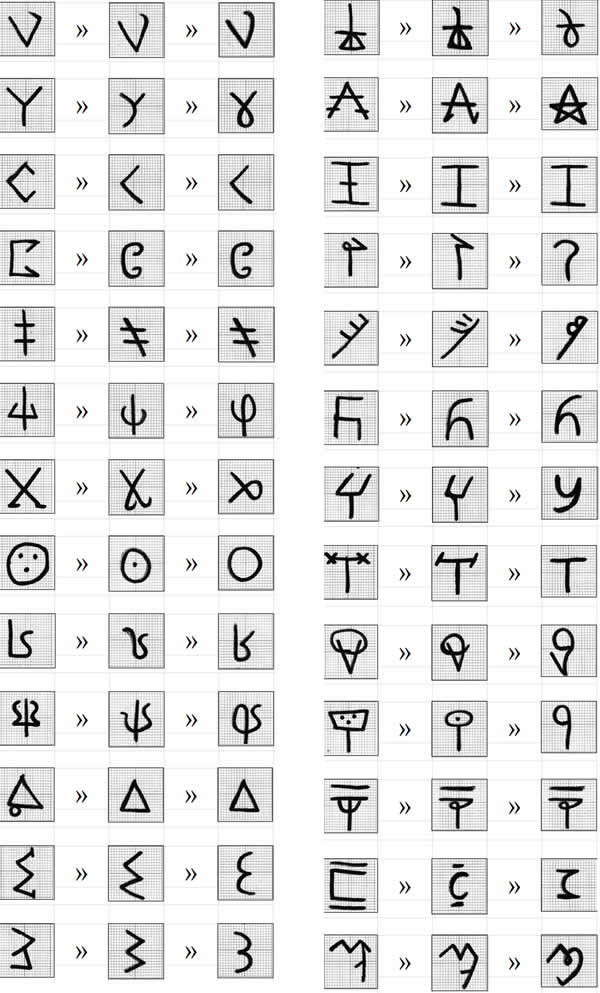