Pipeline 3D was invented in by 741 after being inspired by other scripts on Omniglot. He got the inspiration for a 3-dimensional pipeline script after seeing a board game of the same name. Originally he intended it to be made of plumbing pipes, but it ended up as a tubular circuit that could be used as a tactile script by the blind. It is written in a abbreviated form like txt msgs. 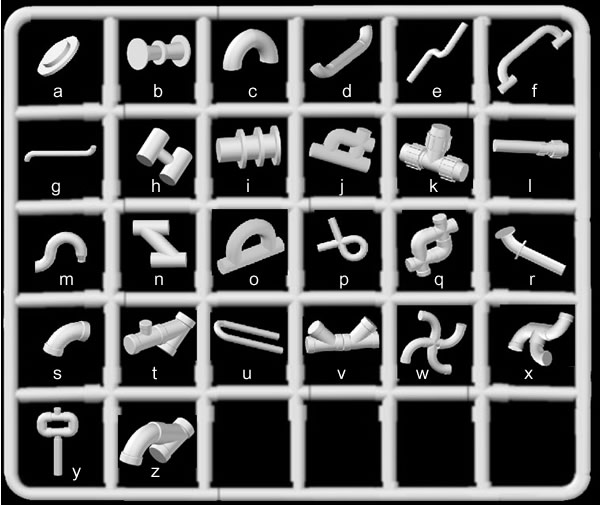 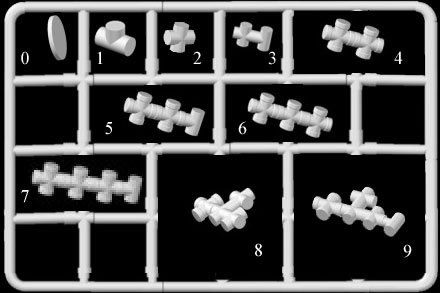 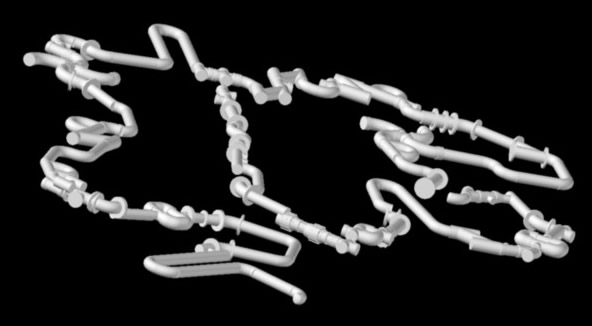 If you have questions about this alphabet, you can contact 741 at sevenfourone@yahoo.com