Tapissary is the creation of Steven Travis, who has been working on it for many years. It is a hieroglyphic language originally inspired by American Sign Language of the Deaf. He was an interpreter, but in his free time began stylizing its graceful movements into script. He added pictographs and reworked characters from Chinese, Ancient Egyptian and Mayan to fit his stylistic parameters. There are over 7,000 celloglyphs in Tapissary, and an accompanying syllabary of hundreds more letters. Because the language originally took shape under the influence of Sign Language, it is based on the visual and has no pronunciation.

The story of the Tapissary script 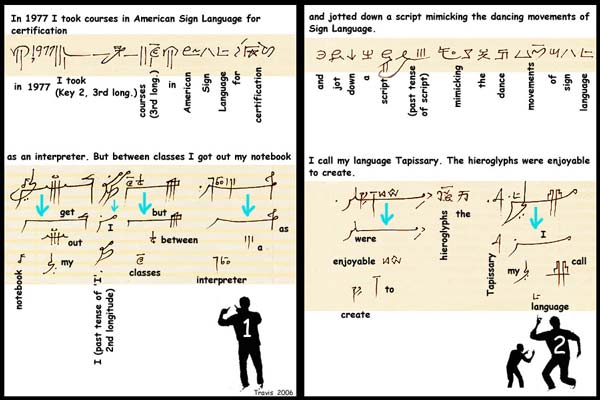 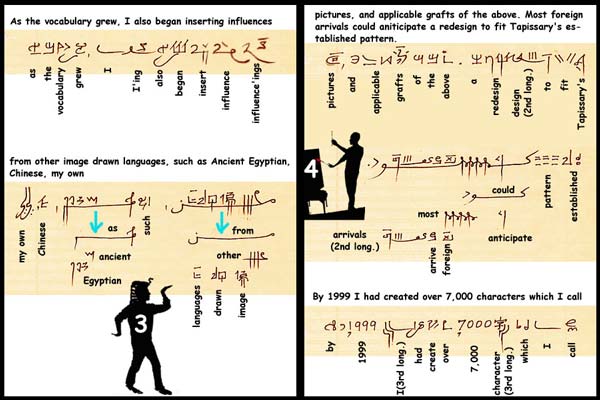 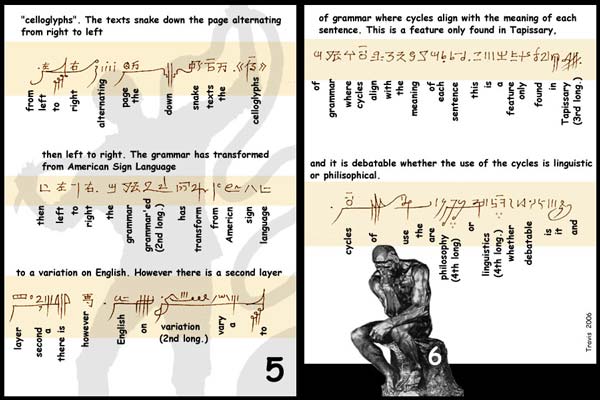 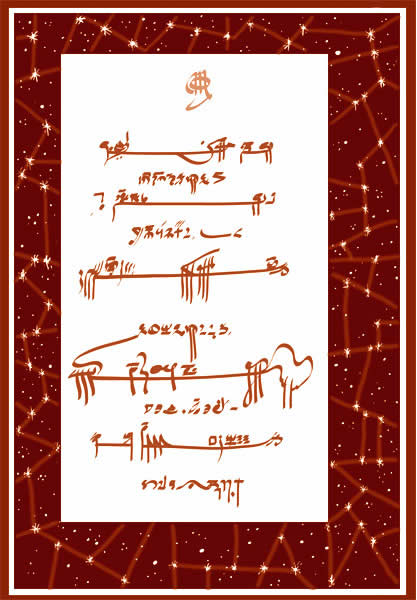 The station where I buy my gas
Has pigeons roosting in the beams
Above the self-serve pumps. Below
Fluorescent lights that glow all night, I see
The parents dozing near their quaking nests.

The moon, a dime in nighttime's shoe,
Shines down on wires connecting us-
Metal and gas, feathers and blood-
The heavy, shuddering lot of us, like some
Forgotten egg, beneath Orion's sword.

"Shell", a poem by Leslie Monsour 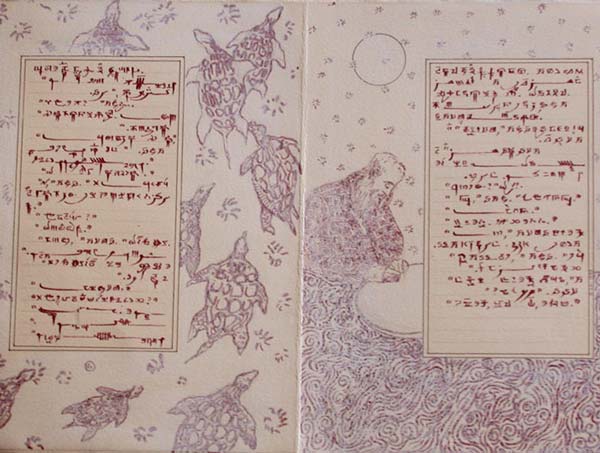 Two pages from a translation Steven began around 2000 or 2001 of Hemingway's "The Old Man and the Sea" are reproduced here.

If you have any questions about Tapissary, you can contact Steven at: info@tapissary.com