The Theban alphabet is used as an alternative to the Latin alphabet. It was used by early modern occultists and is popular with the Wicca movement. It is also known as the 'Witch's Alphabet'. It is used by witches to write spells, inscriptions and other texts. It serves to disguise the meaning of a text and to give it a mystical quality.

It was first published in 1518 in Polygraphiae libri sex, a cryptographic work by Johannes Trithemius (1462-1516), a German abbot, lexicographer, chronicler, cryptographer and occultist. In that book it is attributed to Honorius of Thebes. However the Theban alphabet only appears in one manuscript by Honorius, Liber Iuratus Honorii ("The Sworn Book of Honorius"), and it is attributed to Heinrich Cornelius Agrippa (1486-1535), a student of Trithemius. 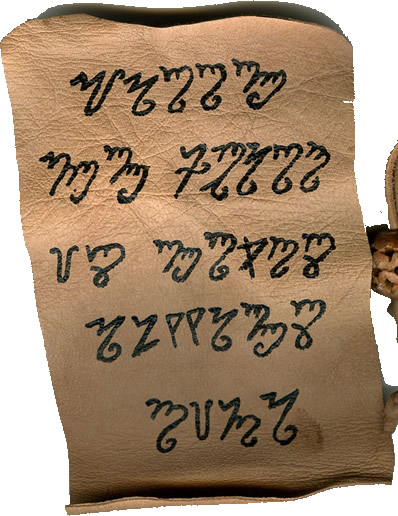