Darius I (550-486 BC) claims credit for the invention of Old Persian Cuneiform in an inscription on a cliff at Behistun in south-west Iran. The inscription dates from 520 BC and is in three languages - Elamite, Babylonian and Old Persian. Some scholars are sceptical about Darius' claims, others take them seriously, although they think that Darius probably commissioned his scribes to create the alphabet, rather than inventing it himself.

Old Persian, the language used in the cuneiform inscriptions of Achaemenian dynasty and the vernacular of the Achaemenian elite. Old Persian was spoken in southwestern Persia, an area known as Persis, and belongs to the Iranian branch or the Indo-Aryan family of languages. 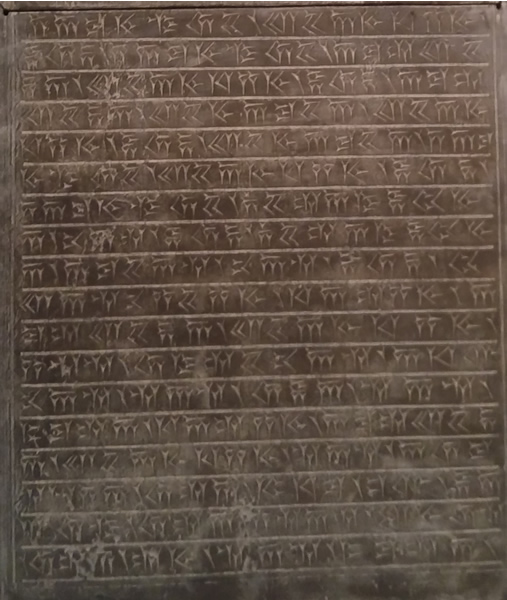 Photo by Simon Ager, taken in the British Museum.

Circle of Ancient Iranian Studies at the School of Oriental and Asian Studies (SOAS), University of London: http://www.cais-soas.com/