What is the Difference Between Mexican Spanish and the Spanish of Spain? 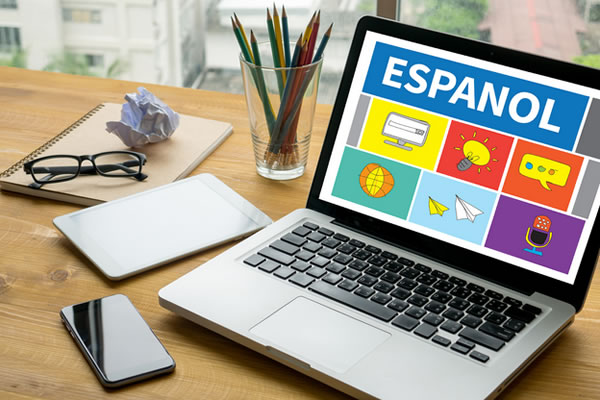 Going through a primary school, even in a country like Switzerland (which has four national languages) leaves one to think there's only so many languages on the planet. Not every country even has its own language. With language groups in the mix, learning every language seems possible for the dedicated wordsmith.

Then you learn about dialects, and regional differences, and dead languages, and creoles and suddenly that's too many languages. Even the difference between Mexican Spanish and the Spanish of Spain takes time to learn.

Certainly, with enough knowledge of the language you can manage in a dialect, but it's that quest for passing as a native speaker that drives the true omniglot.

Read on to learn key differences between this second most commonly spoken language group.

Difference Between Mexican Spanish and the Spanish of Spain

The first key to unraveling what these differences are comes from knowing why the differences exist. Language doesn't exist as a static thing. As is often stated, dictionaries are prescriptive, not descriptive.

This means they explain how language is currently being used, not how it should be used.

A language changes based on use and use has a lot of different influencers. The most powerful of which is regional pressures. What languages are nearby and what is the power (or wealth) difference between the languages.

A richer or more powerful speaking group will dictate how the language 'ought' to be spoken over a disenfranchised group. This is how languages spoken by servants or slave classes often disappear or at least get suppressed.

The same goes for indigenous languages when a colonizing group of people controls the wealth and education.

Resurgence of native languages and pure languages exist, but are often academic exercises and rarely maintain across cultures.

In Spain right now the Catalan language fights for purchase in the Spanish speaking world. This comes on the heels of an official referendum that moved Castillian (Peninsular) Spanish out of favor and put Mexican Spanish as the official Spanish of the language group.

Shaping the offshoots of Spanish are other cultures and languages. For Spain Spanish, this was the introduction of the Moors which brought the Arabic language with them. This created a more formal Spanish with deference given to social classes and a more lyrical bent to the grammar structure.

As time went on, the influence of American English words would also change Mexican Spanish to include more hybrid style words such as "computadora" vs Spanish Spanish "ordenador" for computers.

Understand that no language within a group is 'right' or wrong. Some are far more popular in some spheres over others and that's about the long and short of it. Some tightly controlled languages, such as French, have custodians attempting to regulate language use but most evolve and change as the people do.

So it goes with the Mexican vs the Spanish of Spain. Usage is at the heart and that usage stems from the aforementioned influences.

Let's get to the specifics.

The order of words in a sentence between the two versions of Spanish didn't drift much. Adjectives still go in the same place and verbs continue to be conjugated minus a distinction in "tu".

When speaking Spanish in Spain vs Mexico, it is important to know the difference between using vostros and ustedes when referring to a second-person tu.

A person would use vostros for an informal conversation and ustedes for a formal conversation such as with a dignitary or person of standing. In Mexican Spanish usetedes is used for both. This is interesting as it suggests a lack of distinction being made between speakers in Mexico.

As a result of influence from American English, Mexican Spanish also incorporates past and present perfect tenses. Spanish Spanish continues to use the present perfect when talking about things that were recently done.

Vocabulary changes come from how a word is introduced and what other words it may be related to within a closer order.

We touched on one example of the vocabulary differences with the words for computer.

Take glasses as another example.

In Mexican Spanish this is 'lentes' after the word lens which traces back to a Latin root. Spain Spanish uses 'gafas' which comes from the French by means of the Arabic. Gaffe, in French means 'to pay attention', perfect for what glasses help you do.

Another clear example is car. In Spain 'coche' after the word coach which was far more popular in Europe than the Americas. In Mexico 'carro' or 'auto' which comes from American English.

There are many more vocabulary words to learn in Mexican Spanish vs Spain Spanish. Get a program or list to help you learn as many differences as you can in your quest for native mastery.

The Nahuatl influence in Mexican Spanish changed the pronunciation of certain letters and letter configurations.

Most vowels are hit harder by Spaniards vs Mexicans as the Arabic influence created more guttural inflection. Mexican Spanishcomes across softer and sounds flow into each other, which leads Castillian speakers to assume mumbling.

This isn't too different from the way Queens English and American English clash over enunciation and Americans are assumed to be uncouth in comparison.

Here are two examples of changes.

In Mexico a z or c preceding an i or e makes an s sound. In Spain, this would become a th sound. So, Barcelona is either Bar-s-elona or Bar-th-elona. The second example is the ll in llamo. In Mexican Spanish, this changes from a y sound to a sh sound in countries such as Uruguay.

As you can see, the difference between Mexican Spanish and Spain Spanish takes some time to master but is simple enough to grasp why they're different. The more you learn about the origins, the easier it is to pick apart the variations.

Keep coming back to learn more for all your bibliophile and linguaphile needs.