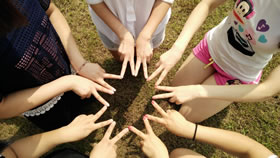 Learning a new language is always a challenge. But it could become much easier if you learn through games. When you have fun, you understand more and memorize better. Unfortunately, this isnot the usual methodthat teachers use during language education.

When you go to foreign language classes, you usually have long lessons with dry and boring materials. You feel a little stressed because your kind of compete with the other students. For some people, this is actually motivating and they try to give their best and perform better. But for others, the class atmosphere is too stressful and they feel unmotivated.

Learning at home gives you the chance to follow your own rhythm of learning and enjoying the process more. The best thing is that you can learn through a much more amusing and effective way – though games. Imagine learning plenty of new words and expressions while playing a cool game and having fun. Sounds great, doesn't it?

So, just forget about the boring traditional methods of learning a new language. This is truly normal if they not work fine for you. Your brain needs to feel entertained when studying new things. That is why learning a new language through games is so effective. You only need to have some basic ideas for the language and its structure and then you should just… start playing.

Is it Hard to Learn Spanish?

This mainly depends on how close is your native language to Spanish. If they are from one language family or you already know such a language, it will be much easier for you.

Spanish and the other Romance languages all derived from Vulgar Latin. This was the cluster of various dialects which were spoken by legionaries, farmers, traders and so on.

Vulgar Latin probably has its bright geographical variations. Still, theLatin speakers from the different parts of the Roman Empire were able to understand each other.These regional varieties drifted apart with time. This process was probably significantly accelerated after the Western Empire collapsed. This happened in the 5th century when the old Roman provinces were entirely overrun by Germanic tribes such as Burgundians, Swabians, Franks, Visigoths, etc.

It is still unknown exactly when the modern Romance languages were born. Spanish texts from the Castile area appear the 10th century onwards. However, the 12th-century texts are the ones that first had a clear Spanish look.

Most people consider games and learning to be a pair of opposites. For them, playing was a part of childhood which is now gone, and learning is a serious business. But no, games are not reserved for children only. Moreover, learning through games is not only possible but also quite effective.

What do scientists know about the relationships between games and learning? And how could this informationbeused in language education?

Scientists know that brain adapts its structure when some information which is repeatedly used, tried out or practiced lots of times. That is why playing can have great results in the learning process. When we play, we usually explore intensively how best we could deal with different elements and challenges.

Repeating certain actions again and again makes thesynapses which are the points of communication between the neurons really efficient. As a result, the brain learns new things quite successfully. And it becomes much easier for you access the information and skills we learnt.

Exercises involving playing could be used in automatizing certain processes. This means that you will be able to do something without thinking too much about it, just like brushing your teeth. This reduces a lot the burden on your working memory. Then, you will be able to focus your attention on other things. So, learning and playingcan perfectly work together and the result is truly great.

Why is Playing Useful for Learning?

When you play, a lot of things happen at the same time. First, you practice things you have already learnt. You also try out new things and as a result you develop successful strategies for overcoming some problems. Moreover, games usually follow some specific rules. So, they provide a structured framework which helps the learning processes.

Learning is more successful when it is combined with positive emotions and this is exactly what games do. We play thembecause it is fun and this makes us feel well. Playing games causes the neurotransmitter dopamine to be actively released in yourbrain. And because we feel happy, the things we try to learn during play have their excellent chances of being stored in the long-term memory of the brain.

There is an additional advantage of playing while learning. There are lots of games involving movement. And if you move around while learning, this could have a positive impact on the ability of your brain to learn. This will also raise your frustration tolerance and help reduce the stress.

How to Use Playing while Learning?

Playing games can be used in the leaning process of both kids and adults. For example, movement could also take place in short exercise breaks. Giving breaks is usually used to give the studentstime to relax after periods of some intense concentration. This is also a way to help maintain their motivation and playing games could be a great way to do this.

Some games which can be used in the learning process include card, board, and dice games – Uno, Pelmanism, Quartets, domino and bingo. The games in which words have to be matched with pictures are quite useful when learning a new language. Also, there are board games which have fields requiring the players to draw activity. There are also event cards which require performing the tasks printed on them.

Memory and guessing games such as quizzes and puzzles improve significantly vocabulary and the way of expressing yourself.

The group of useful activities while learning includes reaction games such as betting games. In them, picture or word cards need to be drawn.

Teachers should choose some suitable games from the numerous options. Then, they need to use these games in the classroom in such a way which ensures that the learning goals will be achieved while the students are having fun. Of course, there might be a few unsuccessful trials, but educators have to keep trying to find the perfect game.

Of course, playing video games is also a great option, especially for learning a new language at home. After all, the fundamental principles of these games are the same but they have some additional advantages. They are so popular, especially among the kids. Also, the variety of video learning games is large, so everyone is able to find something intriguing.

Games to Help You Learn Spanish

If you want to learn Spanish in a new and entertaining way, you should try playing some Spanish learning games. Remember that you should first know at least the absolute basics of the language if you really want this strategy to be successful.

Here are two resources which you will probably like if you want to learn Spanish by playing games:

Learning Spanish will because really easier if you enjoy the learning process. And playing games with Spanish words can really help you for this. Spend some time to learn the basics of the language and then find a few games with Spanish words which you really enjoy playing. You will soon see by yourself that playing games really helps to learn a new language. And it also makes the process much more pleasant. 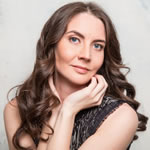 Jessica Freeman is a professional journalist and a freelance content writer at the company Australian Writings. She focuses her content writing on education, career, success, and academic topics. You can follow her on Facebook and Google+.