Anthony Hilton invented Greli to write Lezuli as part of a larger world-con project underway since 2011. Greli translates to "writing system" (lit. "symbol-idea"); in its own context, it isn't a proper noun, but may be as the name of a conscript. Greli had several previous incarnations using triangles and Xs for the vowels with a variety of forms for consonants, but to present crosses and dots have shown the most advantage.

By design, Greli takes clay as its medium. To that extent, it is influenced by the concept of cuneiform writing, although no study of historical cuneiforms informed its development. Similarly, Hilton's notion that one might invent a language traces to Omniglot.com. For Lezuli in general, Wikipedia's IPA charts and recordings and wals.info's data and analyses were simply indispensible. The gmail address 831ACH would accept questions on topics related to the above. 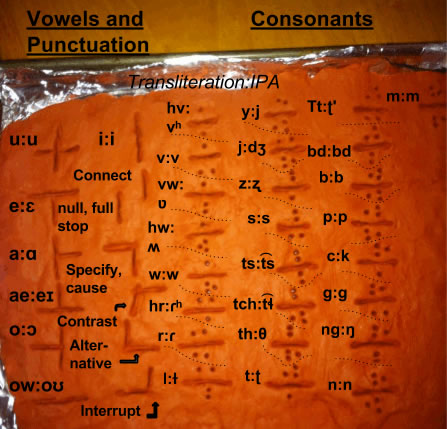 The character listed as " Tt:ʈ' " is a digraph but the first letter is never lower case. The apostrophe in the IPA is specifically IPA for an ejective, not anything else an apostrophe may indicate elsewhere. 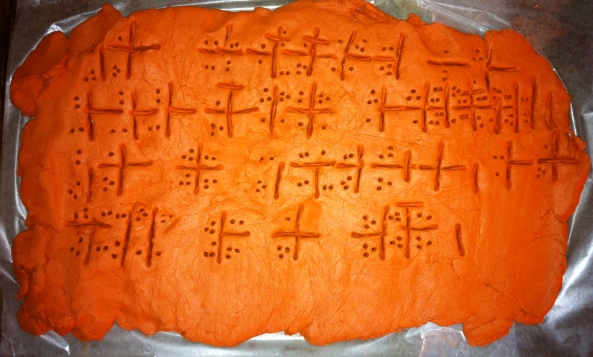