Yomoal [joˈmo:al] is a script based on rivers that was devised by Anthony Hilton to write his invented language Чlalmwae [ʈlalˈmwa:e], with suggestions and help from Gordon Lewis. Yomoal is part of a larger world construction project that Anthony has been working on since 2011. The name Yomoal means "symbol river". 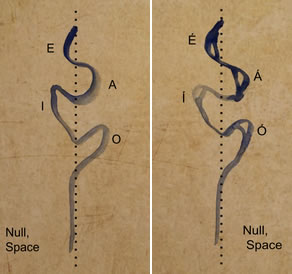 The river curves with vowels.

One sees consonants on the way down river.

Consonants sit along the river’s curves, adding to the vowels’ syllables 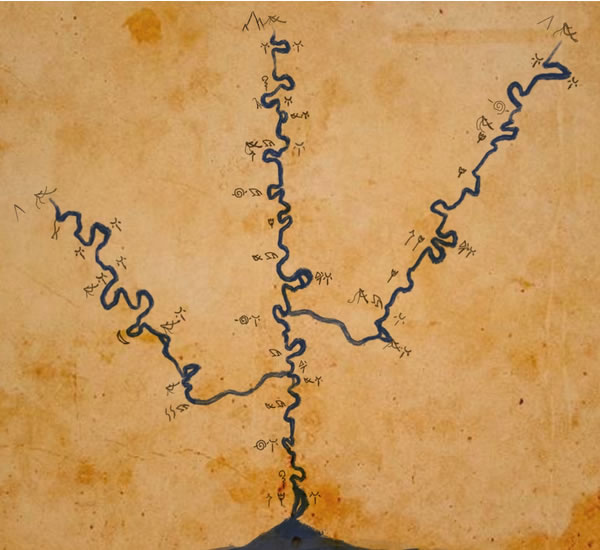 Images created by Gordon Lewis. If you have any questions about this script, or other scripts invented by Anthony Hilton, you can contact him at: 831ACH[at]gmail[dot]com . If you are interested in the artwork, contact Gordon Lewis at glewis[at]berkeley[dot]edu