Sitelen Emoji, also known as sitelen pilin in Toki Pona, was compiled from earlier attempts of making an emoji script for Toki Pona in June 2019. From there, a democratic system to choose emojis was set up, and various tools to type in this script on computers were developed.

As of May 2020, there is an android pinyin style keyboard and desktop extensions for Windows, MacOS and Linux. There is an iOS app that is available to build from source, but it is not on the app store. 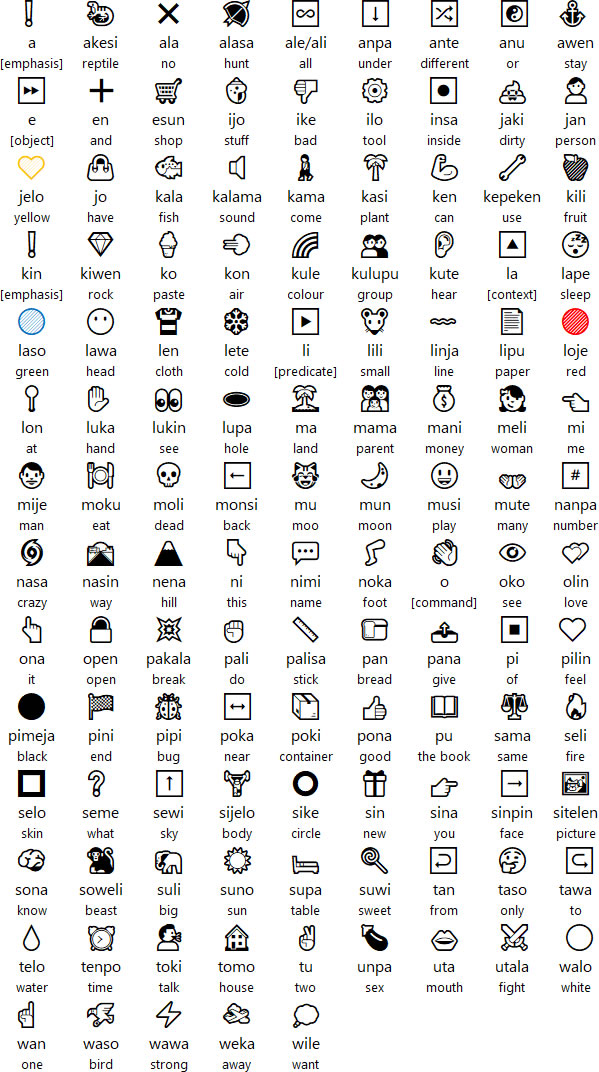 Another way to write Toki Pona with emoji
https://github.com/holtzermann17/toki-pona-emoji/blob/master/word_list.md