Pī‘āpā Hou is an alternative alphabet for Hawaiian (ʻŌlelo Hawaiʻi) invented by Ben Norton. The name Pī‘āpā Hou means “new alphabet” in Hawaiian. It can also be used to write other Polynesian languages, such as Tahitian or Māori.

It is based on the Latin alphabet conventionally used for writing Hawaiian, and therefore includes kahakō (a macron which indicates long vowels) as well as the ‘okina (a phonemic glottal stop). However, the letters themselves were inspired by shapes found in nature upon the inventor’s first visit to the island of Kauai‘i. 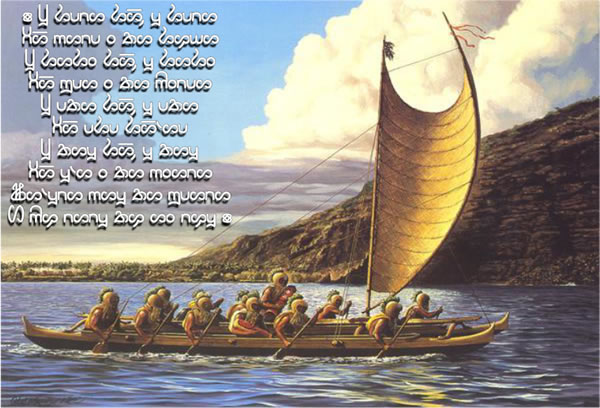 Up, up above
Birds fly in the sky
Down, down
Flowers of the earth
Upland, up in the uplands
The grove of trees
In the sea, the sea
The fishes of the ocean
Tell the refrain
Of this beautiful world

A song in Hawaiian with subtitles in Pī‘āpā Hou