The Merovingian script is a version of the Latin alphabet the emerged in the Frankish kingdom during the Merovingian dynasty. It was used mainly in the monasteries of Luxeuil, Laon, Corbie and Chelles from the 7th and 10th centuries AD.

Each monastery had its own version of the script, which developed from uncial scripts, and was similar to half-uncial and insular scripts. 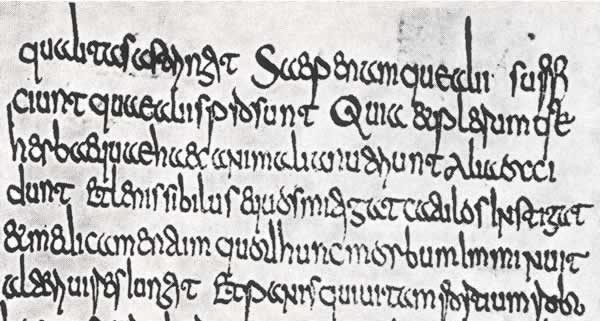