Rusitc Captials are a variant form of the Square Capitals, and were used to write Latin between the 1st and 9th centuries AD, especially between the 4th and 6th centuries. The oldest known text in Rustic Captials was found in the ruins of Herculaneum and probably dates from around 79 AD, when Vesuvius erupted. It is part of a poem about the Battle of Actium De bello Actiaco). 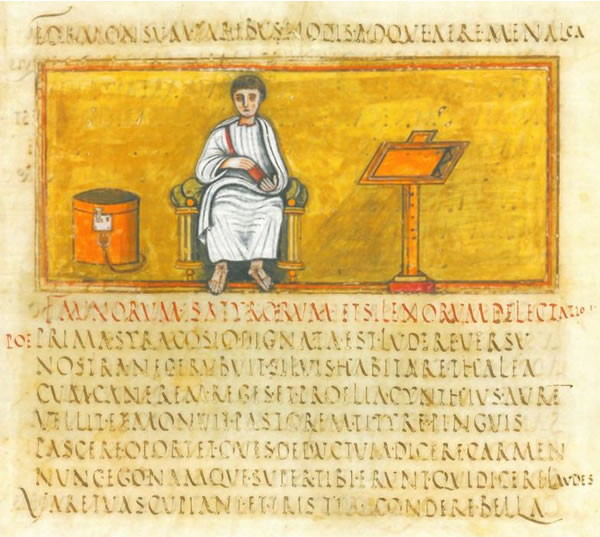 From the Vergilius Romanus, a 5th-century illustrated manuscript of the works of the Roman Poet Virgil.