The Proto-Sinaitic script was the first alphabetic writing system and developed sometime between about 1900 and 1700 BC. People speaking a Semitic language and living in Egypt and Sinai adapted the Egyptian hieroglyphic or hieratic scripts to write their language using the acrophonic principle. This invovled choosing about 30 glyphs, translating their Egyptian names into the Semitic language, and using the initial sounds of those names to represent the sounds of their language.

For example, the Egyptian nt (water) became mem in Semitic and represents the sound /m/, and eventually developed into the Latin letter M.

A small number of Proto-Canaanite inscriptions dated to the 17th century BC have been found in Canaan. Most are short and were probably written by Semitic-speaking travellers or soldiers from Egypt.

This is one version of the Proto-Canaanite script using Phoenician/Hebrew alphabetical order. The actual arrangement of letters used is uncertain. Most letters have more than one shape. 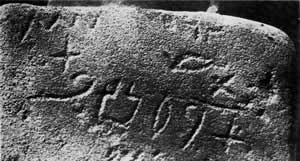 From Serabit el-Khadim, Sinai Pennisula and dated to c. 1500 BC. 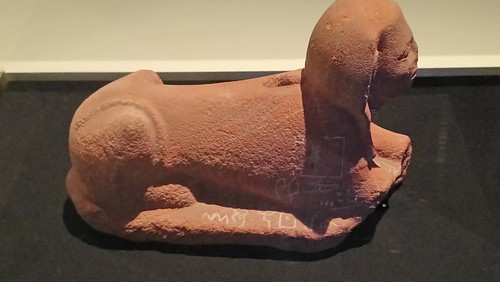