The Khudabadi script was was developed by Narayan Jagannath Mehta, the Deputy Educational Inspector in Khudabad, a city in the Dadu District of Sindh province in western Pakistan. It was based mainly on the old Khudabadi script, which was used in Hyderabad. At first it was used just in Khudabad, and was named Khudabadi after the city. People from Khudabad wrote to their Sindhi-speaking relatives in other places in the script, and due to the simplicity of the script, its use soon spread. Sindhi business people then started keeping their accounts and other records in Khudabadi, and schools starting teaching the script.

It was decreed a standard script for Sindhi by the Government of Bombay in 1868. It was officially known the 'Hindi Sindhi' or 'Hindu Sindhi', and also as the Khudawadi, Hathvanki, Warangi or Sindhi script. It was eventually replaced by the Perso-Arabic script in the mid-19th century under British influence. 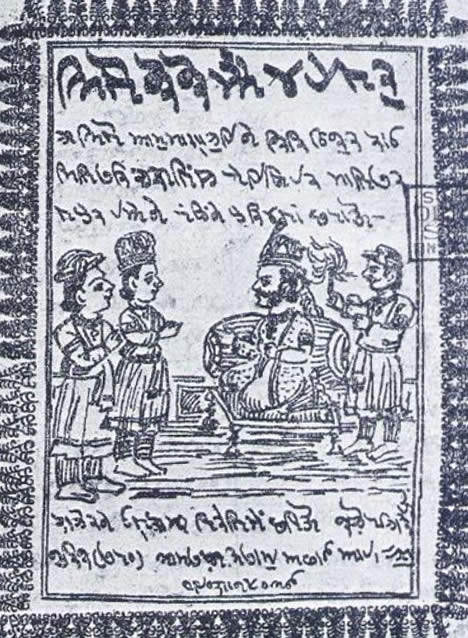