The Mahajani alphabet was used in northern India until the mid-20th century to write Hindi, Marwari, Punjabi and other languages. It was used mainly for commercial purposes, and was taught in schools in Punjab, Rajasthan, Uttar Pradesh, Bihar and Madhya Pradesh where students were mainly from merchant and trading communities. It is thought to have developed from the Kaithi script, with influences from Devanagari.

According to a 2004 report in the Tribune, a newspaper in Chandigarh, Langdi Hindi, a variety of the Haryanvi language written in the Mahajani alphabet was used for bookkeeping until the early 21st century.

The name Mahajani comes from the Hindi word महाजन (mahājana), which means banker. The script was used mainly by bankers and money lenders in accounts, merchant diaries, and other finanical documents. There are also books for teaching the script, such as primers and grammars.

The nukta symbol is used for writing sounds that are not represented by a unique character, such as allophonic variants and sounds that occur in local dialects or in loanwords. 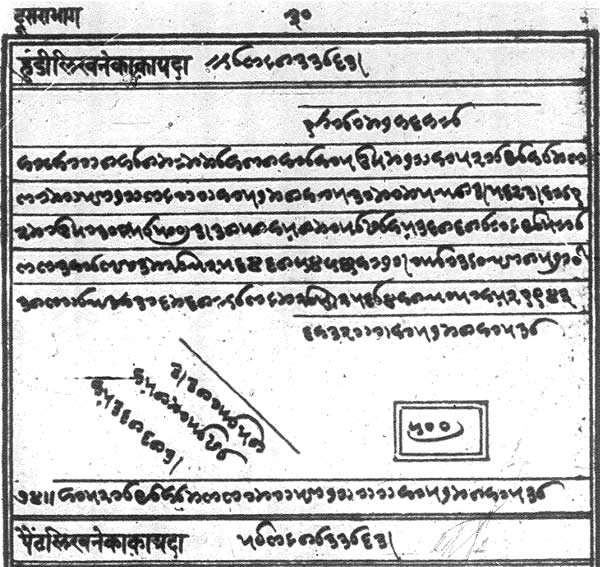