The Global Alphabet was devised by Robert L. Owen (1856-1947). It appears in the book The Global Alphabet : A Method of Teaching English to the World, which was published in 1944. It can apparently be learned in one day, and can be used to write English, Spanish and every other known language.

Owen was a senator for Oklahoma, and one of the things he did after he retired from the Senate in 1925 was to create an international alphabet that he hoped would be used by diplomats. He also thought is could be "a mechanism by which the English language can be taught as a world language". He was inspired by Sequoia, the Cherokee Chief who invented the Cherokee script, and was himself part Cherokee, a member of the Cherokee Nation, and Secretary of the Cherokee Board of Education.

Sample sentences in English and Spanish 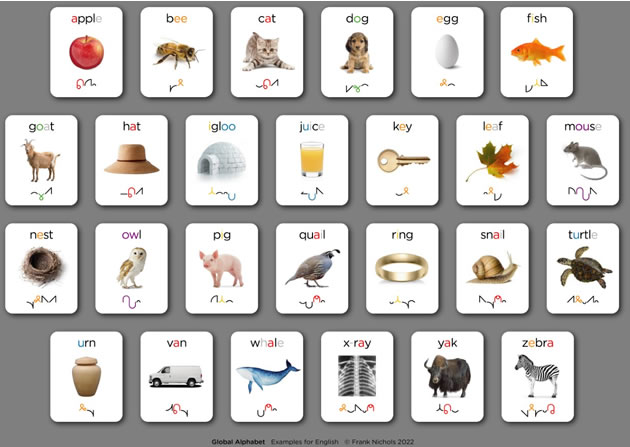