The origins of the Yezidi alphabet are unknown. It was used to write Northern Kurdish (Kurmanji) possibly from the 12th century. It appears in two manuscripts: the Meṣḥefa Reş (Yazidi Black Book), and the Kitêba Cilwe (Yazidi Book of Revelation), which are thought to date from the 12th or 13th century. Other manuscripts in the Yezidi alphabet existed, however their originals were lost and they are only known in later copies.

In the early 21st century efforts were made to revive the Yezidi alphabet in Iraq and a Yezidi-Arabic dictionary was published. In 2013 the Spiritual Council of Yezidis in Georgia started using the Yezidi script to write prayers, other religious works, and for decorative purposes in heraldry, letterheads, and so on. The alphabet was adapted for the modern language and a book entitled Yezidi Script was published by Kêrîm Amoêv and Dimitri Pirbari in 2013. 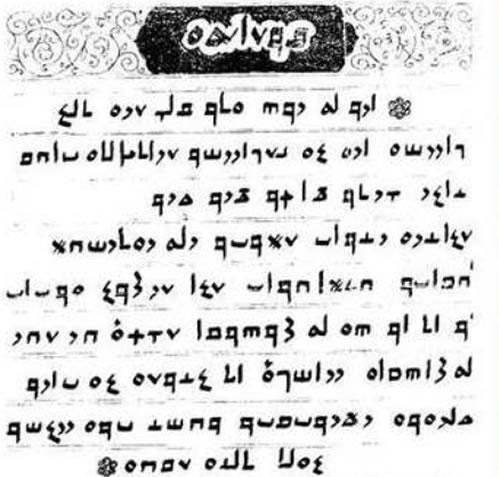