Old Church Slavonic or Church Slavonic is a literary language which developed from the language used by St Cyril and St Methodius, 9th century missionaries from Byzantium, to translate the Bible and other religious works. Cyril and Methodius based their translations on a Slavonic dialect of the Thessalonika area and invented a new alphabet, Glagolitic, in order to write them.

Sometime during the 10th century AD a new alphabet appeared which was known as Cyrillic and named after St Cyril, though it was possibly invented by St Clement of Ohrid (Свети Климент Охридски) and Saint Naum (Свети Наум), who were disciples of St Cyril. The Cyrillic alphabet was used to write the Old Church Slavonic language, and was later adapted to write many other languages. 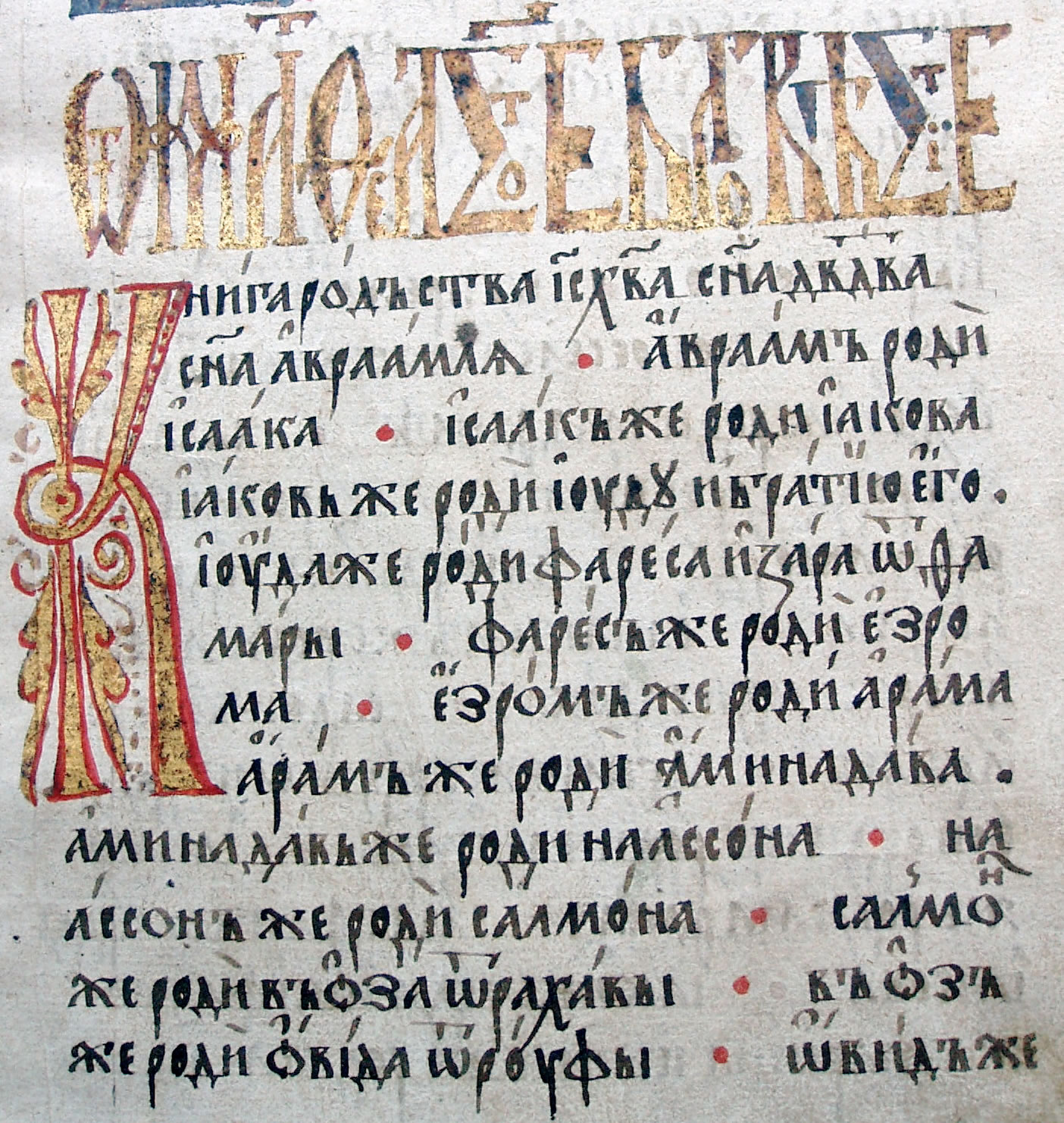