Umbrian is an extinct Italic language related to Latin that was spoken in Umbria in central Italy from about the 7th century to the 1st century BC.

Umbrian was written with an alphabet derived from Etruscan in the earliest inscriptions, which date from the 7th century BC, and in the Latin alphabet in later inscriptions. There are about 30 known inscriptions in Umbrian which include details of religious ceremonies. The most extensive inscriptions are on tablets found in Iguvium (modern Gubbio). No Umbrian inscriptions are known later than 50 BC. 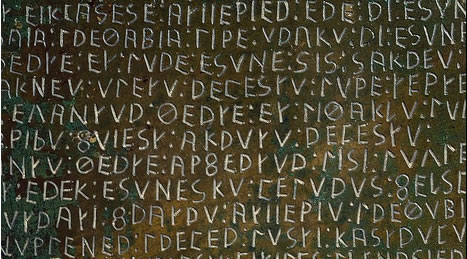